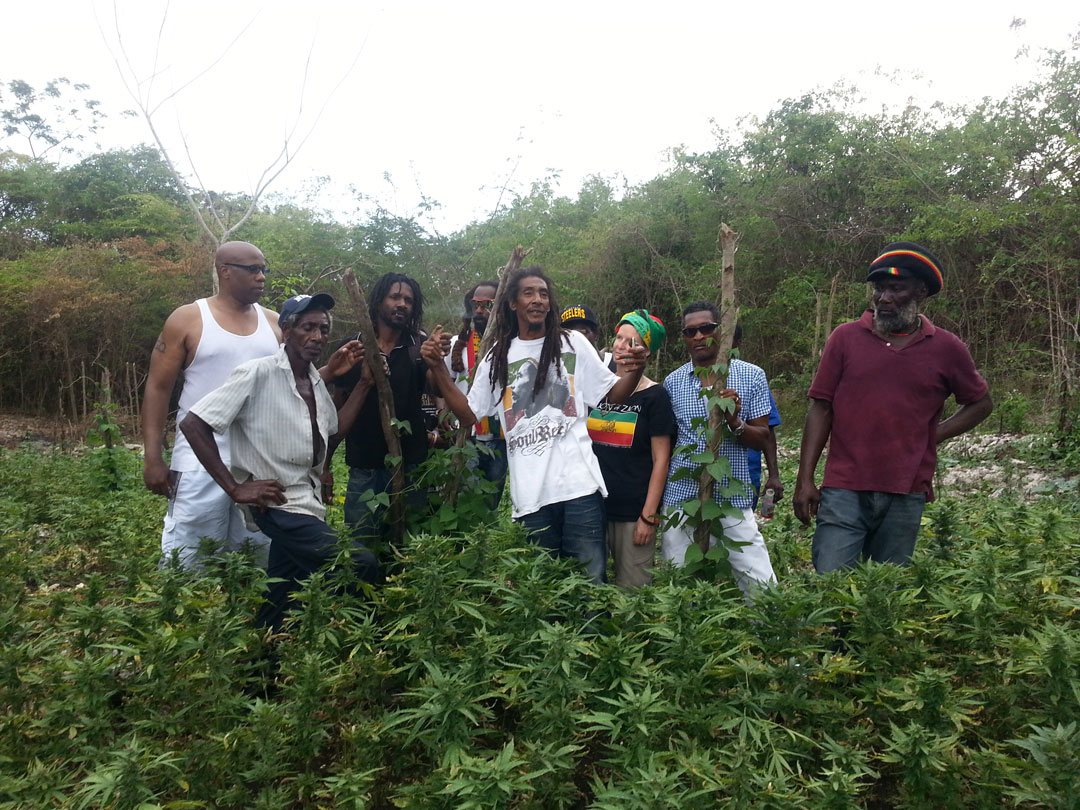 You’ll be based in Negril, approximately 20 minutes from Orange Hill. Negril is a laid-back town in western Jamaica. It’s known for its miles of uninterrupted white-sand beaches on shallow bays with calm, pale waters. Seven Mile Beach, particularly the portion overlooking Long Bay, is lined with bars, restaurants and resorts, many of them international and all-inclusive.

“Smoke in Peace is Oaksterdam University’s official tour operator of choice. I personally audited the Smoke in Peace Ganja Tour of Jamaica and was very impressed with the relationships they cultivated with the Rastafarians… “ 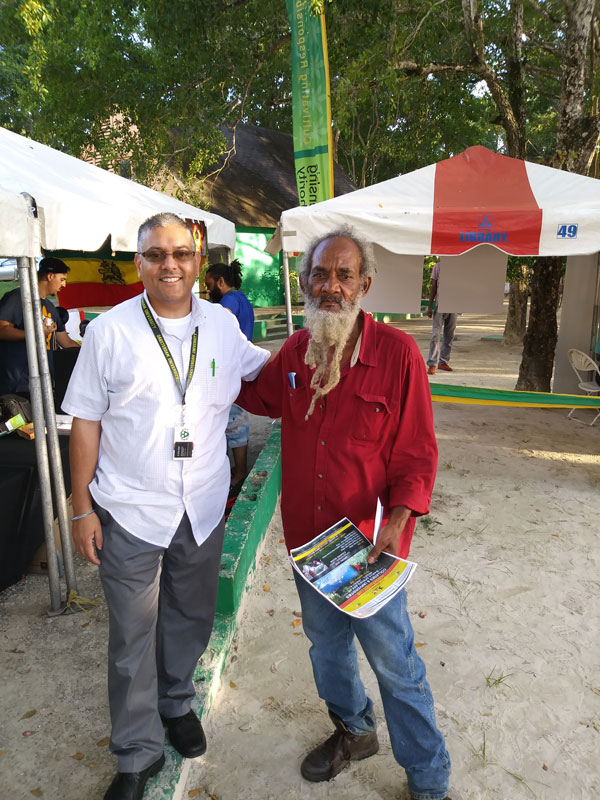 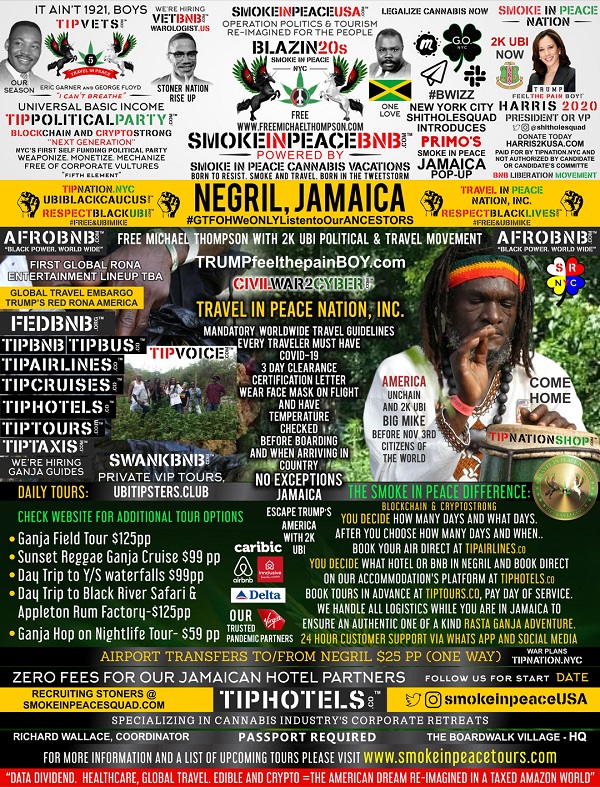 THE SMOKE IN PEACE DIFFERENCE

YOU DECIDE HOW MANY DAYS AND WHAT DAYS

AFTER YOU CHOOSE HOW MANY DAYS AND WHEN

BOOK YOUR AIR DIRECT AT TIPAIRLINES

BOOK TOURS IN ADVANCE AT TIPTOURS, PAY DAY OF SERVICE.

TO ENSURE AN AUTHENIC ONE OF A KIND RASTA GANJA ADVENTURE.

Biden’s marijuana plan is out of step with public opinion

Marijuana policy recommendations promulgated this week by the Joe Biden campaign fall well short of the changes necessary to adequately address the historic and ongoing failures of federal cannabis prohibition. 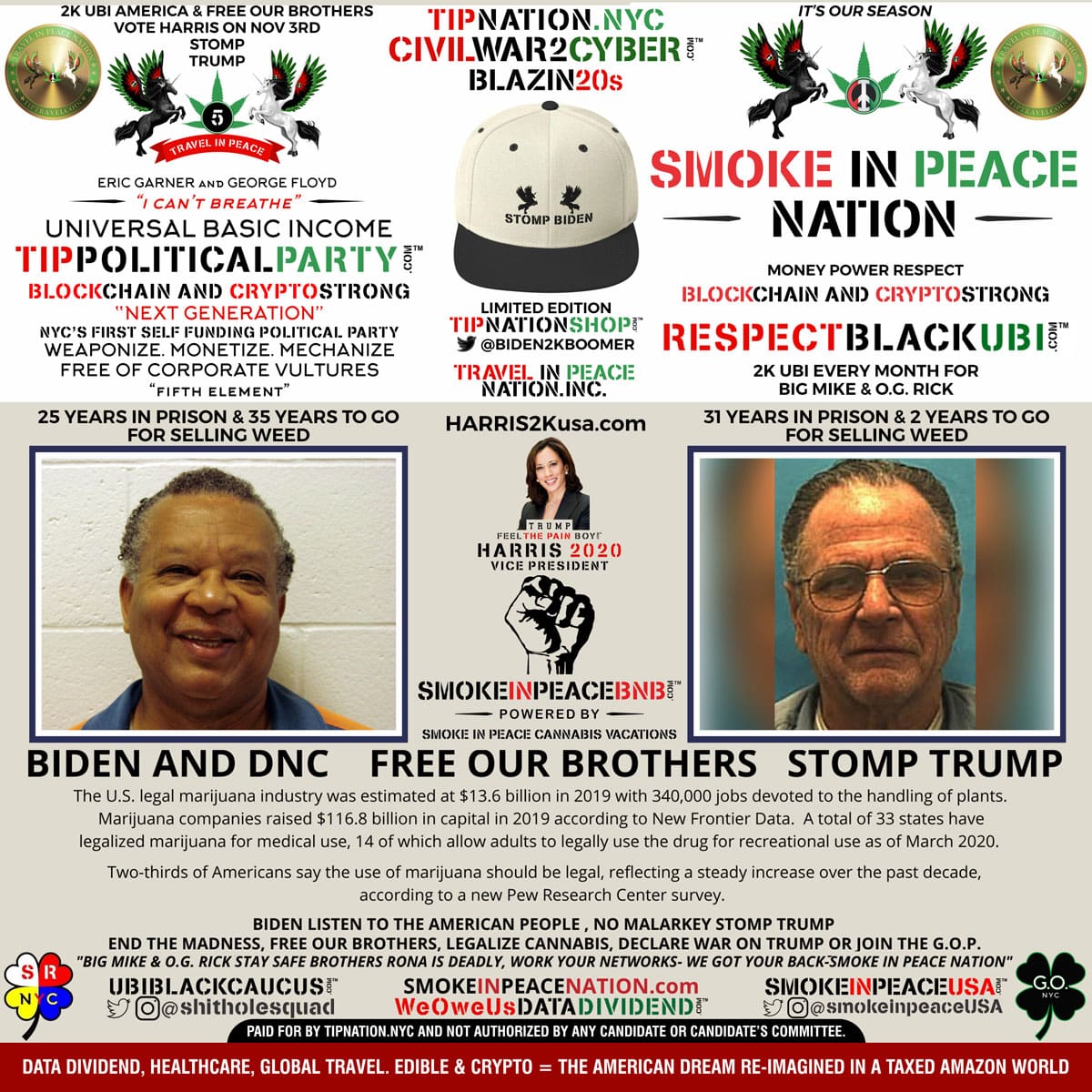 Throughout history, political parties either evolve or perish. After losing to Trump, the unscrupulous handling of Andrew Yang, the loss of two Supreme Court justices and not having the political courage to aggressively impeach Trump, refusing to debate climate change, watching our black men die and Puerto Rico suffer, with the GOP threatening to end the $600 dollars enhanced unemployment benefits during a pandemic, leaving 800,000 Dreamers in limbo, and not fully embracing cannabis legalization to reduce mass incarceration and generate revenue, we will no longer blindly follow the DNC off the cliff to political irrelevance. We are done fighting a cyber-war with WWII and Biden’s Tactic.

The founding fathers stacked the deck against many of us. However, there was no way for them to know that the Internet age and pandemic would unravel their perfect union. Let’s not walk or run—let’s race to become the party of the future, a party that is weaponized, monetize and mechanize with cyber warriors and free of corporate vultures. 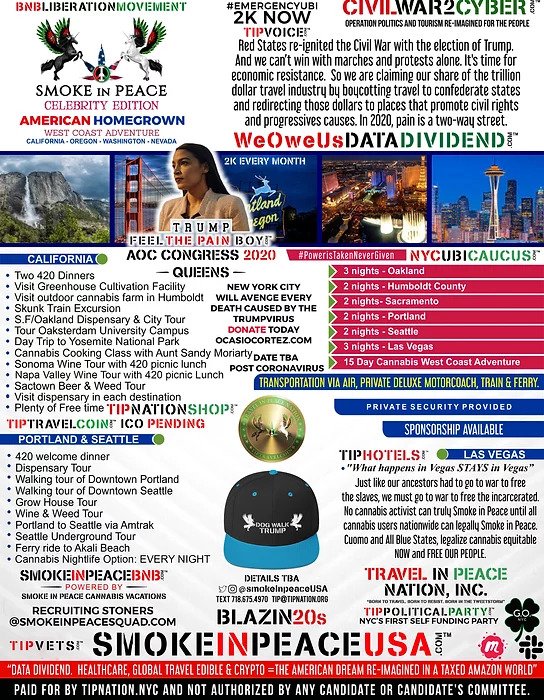